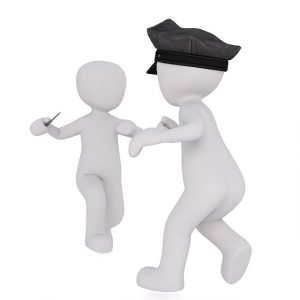 If you have been charged with a misdemeanor, you can be fined a certain amount of money, and you may do jail time, typically less than 12 months. Your time in jail would be at the county jail, and would certainly not be at a federal correctional institution like a prison. It is unlikely that the issue will go to trial, and you are not afforded a public defender because these issues are easily resolved by the judge. Felonies, on the other hand, carry more weight in regard to how much you can be fined and where you will spend time in jail if that is what the judge recommends.

What Is A Felony?

A felony is much more serious than a misdemeanor. In most states, it is up to a prosecutor to pursue an indictment of some sort, usually before a grand jury. They are punishable, just like misdemeanors, with time behind bars and also monetary penalties. Your time in jail will actually be in a prison if you are convicted of a felony, and you will be given the right to a public defender. Other penalties associated with becoming a felon include an inability to possess firearms, and also being prevented from certain jobs such as teaching or going into the military.

The exact amount of time that you will spend in jail or prison, and the amount of money that you will be fined, differ in every state. The severity of these penalties determined by the judge. Now that you know the difference, if you are ever convicted of either of these, you will have a general idea of what to expect. They are simply representative of the level of the crime that has been committed, each with their own penalties which are determined by each state.